mm Seize the Moment… on a Sportsman Boat! – Marine Connection
Skip to content 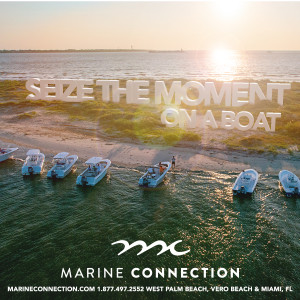 Sportsman Boats are on the forefront of technology with their manufacturing techniques and modern designs. Come see for yourself!

Sportsman Boats, created by the original founders of Sea Pro and Key West Boats, brings forward modern design and technology with high quality manufacturing. Sportsman uses the latest in 3D computer technology in the design of all of their boats. A few notable design features of Sportsman Boats include their ergonomically designed consoles and seating, deeper forward entries which provide softer and dryer rides, and total access hatches.

SUMMERVILLE, S.C.—Tommy Hancock and Dale Martin are back in the boat building business with Sportsman Boats. These two legendary boat builders combined forces to create Sportsman Boats, which manufactures an intelligently designed series of center console, and bay boats.

In just three short years, Sportsman Boats has enjoyed an unprecedented, meteoric rise, already ranked second nationally in retail registrations for their market segment – Saltwater Fishing Boats 20′ to 25′ in length – passing competitors that have been in business for decades.

Starting with only 6 employees and 20,000 sq. ft. of leased space, Sportsman Boats was launched by shipping its’ first hull in February 2012 – a Heritage 229 center console.

By the third quarter of 2015, Martin’s and Hancock’s employment rolls topped over 170 talented and dedicated people, housed in their own facility in Summerville, SC that began expansion mid-2015 and when finished, will be over 200,000 sq. ft. by early- to mid-2016.

Hancock and Martin are longtime friends, despite the fact that they were former competitors in the boat business.

Through many years of hunting and fishing together, the two have maintained their friendship for three decades. With the experience, know-how and resources to start out right, Sportsman Boats is on the forefront of technology with their manufacturing techniques and modern designs. Sportsman uses the latest in 3D computer technology in the design of all of its boats.

Tommy Hancock was one of the original founders of Sea Pro Boats, Inc., which also made Sea Boss and Palmetto boats. Dale Martin was co-founder of Key West Boats, Inc. Hancock sold his business to the Fortune 500 company, Brunswick Boat Group in 2005 and Martin sold his interest in Key West Boats in 2003, but both have kept a close eye on the marine industry. Hancock said, “We’ve watched what was happening in the industry and we both saw a need in the market place that we believed we could fill.”

And fill it they did . . . with SPORTSMAN BOATS!

Ranked as the #1 Dealer in the World for Cobia and Sportsman Boats and the #1 Dealer in Florida for Hurricane Boats, for years, Marine Connection has been acknowledged for our successes as one of the Top 20 Dealers in the Nation by Boating Industry Magazine, the only Boat Dealer to make the prestigious Inc. 5000 list, voted Indian River County's Favorite Boat Dealer of 2015 by TCPalm’s Readers Choice Awards, and voted Vero Beach’s #1 Boat Dealer of 2015 by Hometown News' Readers Choice Awards.

For additional information about Marine Connection, including inquiries about buying, selling, or financing a boat, contact one of our South Florida locations at sales@marineconnection.com or give us a call at (877)497-2552.