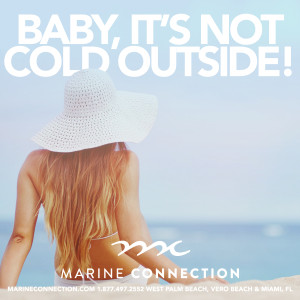 With regards to winterizing boats, there are basically three different approaches, depending on the region you live in. In the southeastern states, such as Florida, most true winterizing chores aren’t necessary, but cooler weather usually means less time in the boat. This provides a valuable opportunity to complete some annual maintenance jobs and taking precautions against trouble that occurs when things aren’t in constant use. In milder climates like north Florida and Georgia, Winterization is particularly important since surprise cold spells can completely wreck a boat. Further north, winterization is second nature.

A lot of problems can arise in the engine and fuel system just from letting things sit idle for even a month and a half. This period of downtime is perfect for doing some routine inspections of hoses and belts for wear along with loose wiring and clamps. Filters almost always need replacing around this time. Draining and replenishing the oil is also a good idea.

Shore Up the Engine

Whatever climate it's in, the engine is best helped by ensuring the gasoline in the fuel tank doesn’t turn to gelatin while the added ethanol pulls in lots of water to get the corrosion process rolling through what's called phase separation. After fuel stabilizer that’s specifically designed for marine engines is added, the tank is topped off to keep out air pockets. The engine is then operated for at least 10 minutes. Afterwards, no matter the temperature, spray fogging oil into the air intake and cylinders to provide protection if the engine’s dormant for six or more weeks.

Both inboard and outboard motors rely on seawater to provide the cooling fluid to keep the engine from overheating. The downside to this setup is that the salt in the water can eat away at metal parts. Fresh water flushing is the answer. Where the threat of freezing is added to the equation, opening the plugs to drain the system is the next step. For those interior plumbing components like holding tanks along with their transport lines, flushing with water followed by propylene glycol antifreeze is a must where there’s even a hint of freezing temperatures.

If the boat is going to be mothballed for the winter or just sitting idle for a few weeks, the opportunity should be taken to clean the interior. After giving interior spaces and the deck a good scrubbing, a fan can be used to quicken the job of air-drying. Along with using mildew preventer on vinyl or similar surfaces, preservative oil should be applied to fine wooden surfaces to counteract the effects of sea salt. This time is also perfect for hauling the boat out of the harbor to clean the hull regardless of whether it’s going to be moved to dry storage or dropped back in the bay. While it’s up in the air, open the seacocks and other thru hull valves to drain the water before closing them again.

Where the air is going to get sufficiently cold, the boat’s definitely headed for dry ground. This is obvious in very cold regions, but when you head south, there’s a risk of the occasional unexpected snowstorm that can weight a boat to the point of being swamped. If the dry-docked boat will be sitting outdoors, cover it with a tarp that’s specifically designed to keep snow and rain from accumulating on the deck. It’s also a great idea to have the boat sitting with the stern a bit low to let melting snow run out through the scuppers.

Marine Connection is South Florida’s leading Cobia, Pathfinder, Sailfish, Sportsman, Hurricane, and Rinker boat dealer. Marine Connection covers over 250 comprehensive miles of territory on Florida’s east coast with three award-winning locations in West Palm Beach, Miami, and Vero Beach. Selling and exporting boats since 1987, Marine Connection was founded on the principle of delivering value far beyond its price, doing so by providing the most pleasant and professional boat purchasing experience for thousands of satisfied customers. Ranked as the No. 1 Dealer in the World for Cobia and Sportsman Boats, No. 1 Dealer in Florida for Hurricane Boats, and one of Boating Industry’s Top 20 Dealers in the Nation for three consecutive years, Marine Connection also achieved placement on the prestigious Inc. 5000 list as its only boat dealer for two years in a row. For more information, please visit http://www.marineconnection.com/.